We acknowledge that our church stands on land traditionally owned by the Jinibara Nation.

The Qld Government opened up land for agricultural selection in the Parish of Maleny, Blackall Range (approximately 100 km north of Brisbane). Among the first to apply were families from Brisbane’s Logan District where sizeable German communities had already been established.

The German settlers named their district ‘Teutoburg’ (not Teutoberg or Teutoburgh!) and formed a congregation under the driving force of the Teutoburg School Teacher, Mr Carl Thiedecke. Pastor Erwin Becker of South Brisbane (United German-Scandinavian Evangelical Lutheran Synod of Qld) was invited to Teutoburg late in 1892, officiated at Christmas that year and then, from time to time, made the arduous journey up the range over its steep, dirt (and often muddy) tracks to visit them.

Planning for a church commenced (with a projected cost of £100) and, by early 1893, subscriptions totalling £30 had been raised including £2 2s from the Qld Governor. Mr Ludwig Bergann donated land and the Teutoburg church was built. Unfortunately, he died in 1895 before the land title was transferred. When his widow retained ownership of the land, a split in the congregation occurred and some members asked Pastor Immanuel Egan of Nundah (Evangelical Lutheran Synod of Qld) to minister to them.

So, for a number of years, pastors from different synods served the small settlement at Teutoburg or, as it was known locally, ‘Little Germany’.

In August 1902, Pastor Otto Theile of Bethania (United German-Scandinavian Lutheran Synod of Qld) was able to smooth over some of the differences and ministered to a re-united congregation.

On land purchased close to their original place of worship, the congregation erected a new wooden church which was dedicated on 22 January 1911.

Early in 1916, the Teutoburg and the Maleny WWI Patriotic Committees held public meetings to discuss changing the German name ‘Teutoburg’ to an English or Australian one. While the Teutoburg meeting became heated, the result was a petition to the Qld Government which gave its assent and chose the name ‘Witta’, believing it to be an Aboriginal word for ‘cedar’. This caused some disgruntlement as the local Aboriginal word for cedar was ‘Wootha’.

Disregarding the district’s name change, the church was officially registered as ‘The Evangelical Lutheran Church of Teutoburg’.

Leaving the German language behind came slowly but surely. Funds were raised to purchase twelve English hymnbooks, one English Bible and one English Service book.

After extensive church renovations, a re-dedication was held on 28 February 1926. The following year, Witta was linked with Qld’s North Coast Home Mission Field and has, since that time, been served by pastors from the Nambour Lutheran Church. 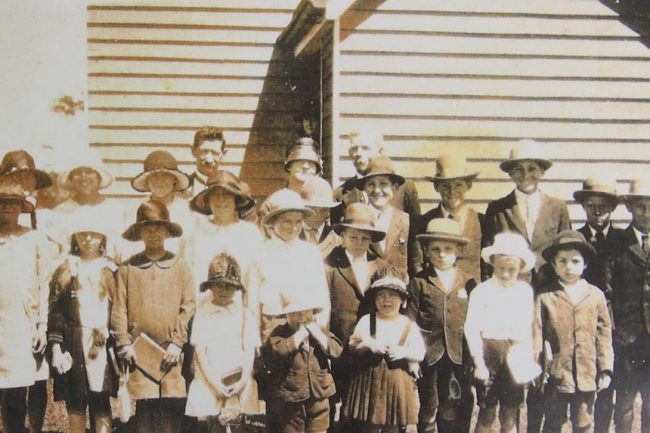 A Lutheran Young People’s Society (L.Y.P.S.) was formed in 1932 and, within a few years, had nineteen members. 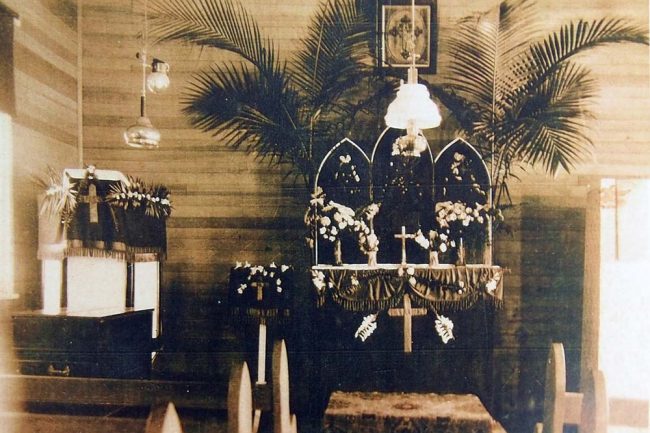 Believed to be decorated for a Confirmation, Witta Lutheran Church, circa 1930 (Lutheran Archives)

Much needed renovations and extensions were completed, including a new altar niche with leadlight windows, a vestry, partial enclosure of the porch, stained glass windows, and re-stumping. A re-dedication took place on 7 April 1946. The decision was made to acquire a new altar, pulpit, baptismal font, chancel chair, organ stool, hymn board, altar metalware, and carpets. The church voted to be incorporated as ‘The Witta Evangelical Lutheran Church’ (gazetted 1951). 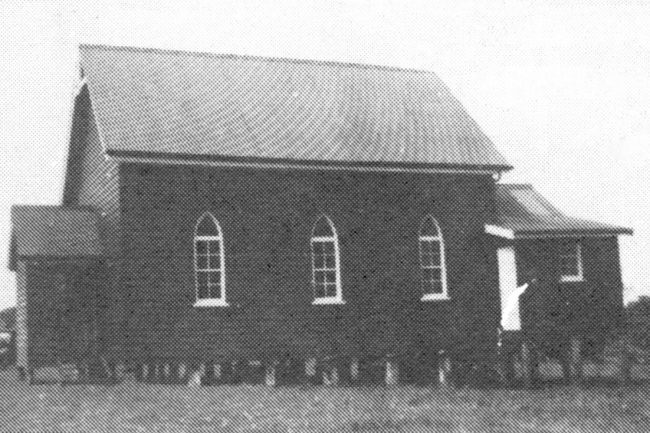 Electricity was connected in 1956. Church numbers started to decline as people moved away from the area.

A Women’s Guild was formed in 1964 and, in the same year, Mr B. J. Nothling completed 50 years of service as Organist. Mr W. Bergann retired as Secretary (due to ill-health) after only 34 years! 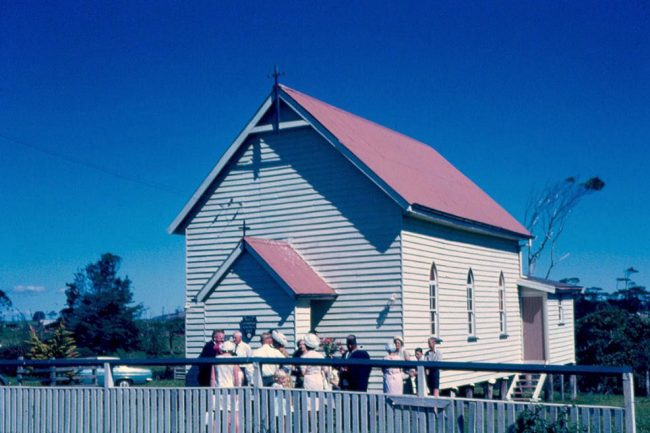 A new decade saw the need for additional renovations under the ministry of Pastor Paul Gerschwitz whose beautiful memorial stained glass window has been installed in the church. The work included lowering the church roof, new roofing iron, re-stumping, while much of the painting was completed by inmates of H. M.’s Prison, Woodford.

In 1988, the congregation voted to be called ‘Good Shepherd Lutheran Church’.

The number of worship services grew with an increase in Witta’s population. Centenary celebrations were held in 1992. 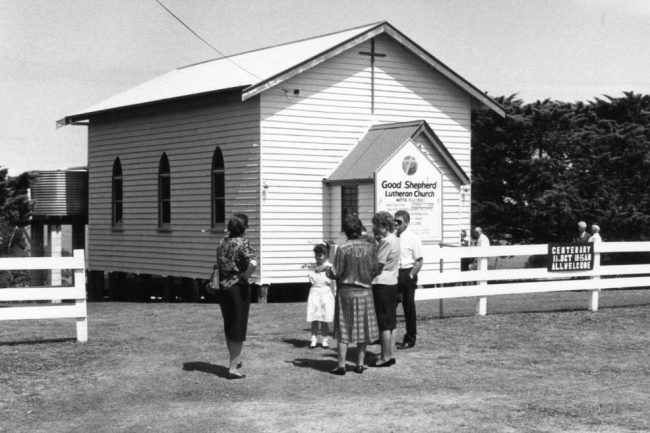 By God’s grace and blessing, the Witta Lutheran Church continues… 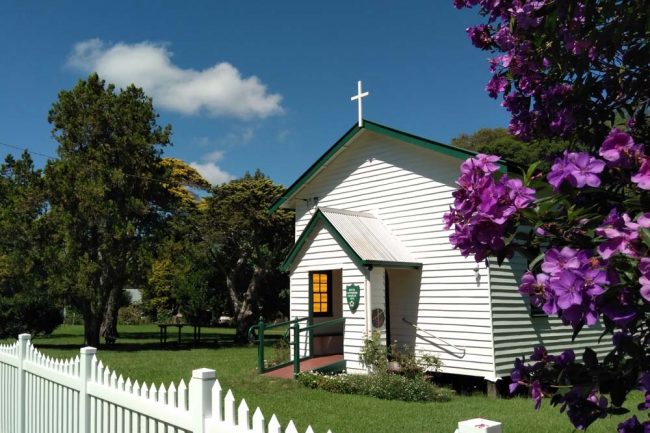